The Manta is a touch-sensitive controller built by Jeff Snyder of Snyderphonics containing 48 capacitive touch sensors and LED switches, two sliders, and four buttons. It is an expressive controller which has been used in a variety of ways to interact with live audio and video. Since 2014, I am maintaining two software libraries for interfacing with the Manta in performance.

MantaOSC is a standalone OSX application for interfacing with the Manta and sending OSC messages to control other applications. Manta users can download the application here. 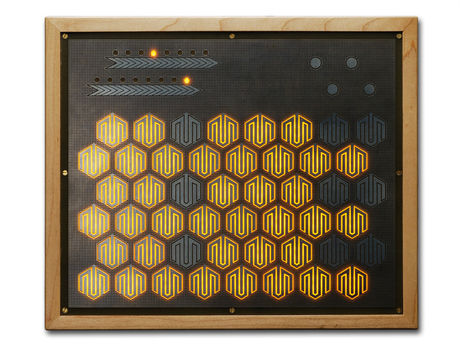 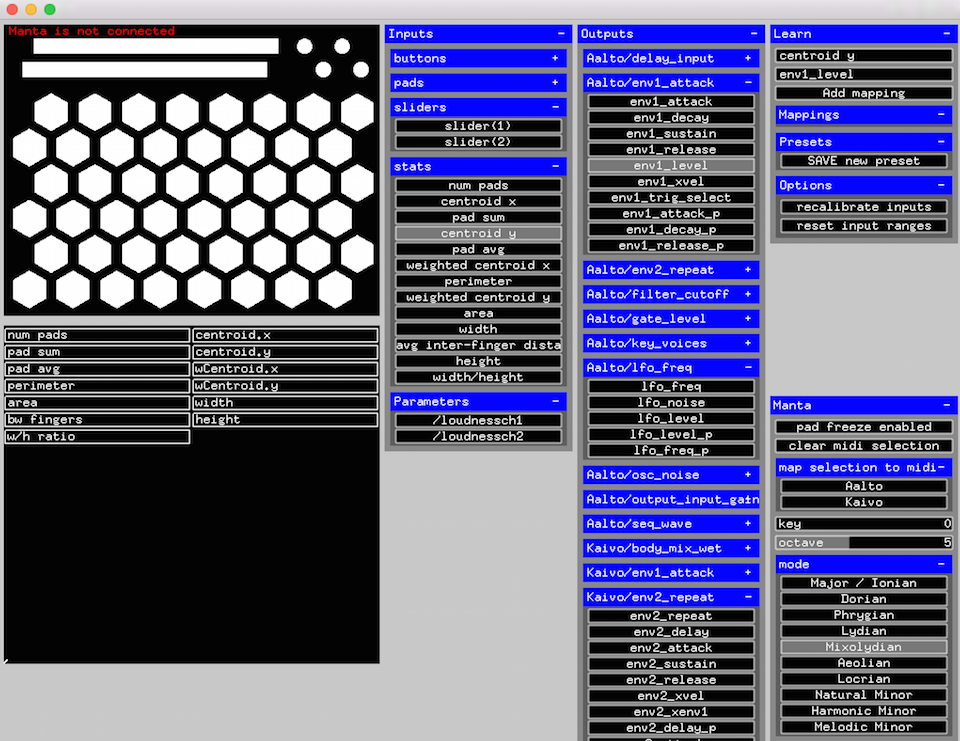 MantaLearn is an experimental application, currently under development, for training the Manta input data to parametrically control other instruments using neural networks (w.i.p.).